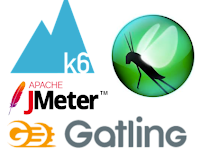 How to Evaluate Performance Testing Tools

Before diving into the performance testing tools and technologies we have in the industry, we should define the criteria for evaluation. Each tool has its own advantages or disadvantages and similarity between ancestors or others. When we start to use the tools and try to learn it, most of the time the learning curve is having a critical factor. It is fine since the learning is and using it efficiently is a huge impact for tools but after this period the performance of the tool during running it becomes more critical and having support from open-source community or consultancy companies is another very important factor. Let's list the factors for evaluating performance testing tools:

We have a variety of tools in the industry, they change from open source to commercial and/or commercial support; newly started to 20+ years old performance testing tools. Some of the well-known performance tools, that I have experienced and I can suggest you, are as follows

Web Services are server and client applications to interact with rest of the world over HTTP, or sometimes over SMTP. It is written for accepting requests and giving appropriate answers for each requests. It is assumed that it returns the same response if there is no changing in the request and the condition. Therefore testing and automating Web Services are very easy. You just need to know sending and receiving data and condition, then the rest of the jobs is playing with data and assertions. Information about the  Web Services  should be present in  Web Services  documentations and it should be understandable to the people from third party system.  Web applications take to the next step with the  Web Services  because you can open your system to rest of world without requiring language specific restrictions. This makes integrity of applications very easy. To be able to integrate two or more system, you just know that you are sending some data and receiving data.  I had a t
Read more

It is a raising question around performance testing people that how to integrate, super hero tool, Locust to Jenkins as a step to continues integration (CI) pipeline. There have been some solutions for this but they are not simple, plus you need to write own log writer to handle this problem.  Actually there was a commit to save the result of the test but it has not been merged to Locust. With these commit we can integrate Locust to Jenkins. Update Locust This  update  is still open so you can not see it in latest Locust version yet. However you can  use this by updating your local repository, or just change two files  main.py  and  stats.py  with the files in your local. For Window change the files in the following directory:  C:\Python27\Lib\site-packages\locustio-0.7.3-py2.7.egga\locust\stats.py and for Unix-base OS change the files in the following directory:  /Library/Python/2.7/site-packages/locust/stats.py.  Alternatively, you can clone this commit from github and instal
Read more