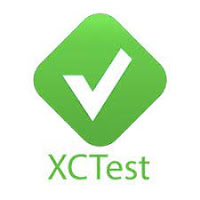 Testing will be more efficient when testers and developers work in collaboration. Especially when it comes to automated testing, we have many challenging points that should be solved with the help of the other team members. This is a basic explanation of the cross-functional team. For mobile application automated end-to-end testing, this cross-functional team approach can be easily applied by contributing the same code base so native toolings give us this. This can increase the quality of the tests code and the framework by the feedback from the developers, and increase the quality of the tests by the feedback from the testers.

In this post, I want to give some idea about the benefits of using native mobile automation toolings such as Espresso and XCUITest.

What is Native Tooling

Since we are talking about two major mobile device operating systems, we are just focusing on Android and iOS. Native mobile automation toolings are

Native tools work natively, which means that they are providing direct methods via APIs that are done inside the development project globally.  Interactions are made by directly calling the UI objects inside project architecture by the APIs.

So these are the main benefits:

Espresso is a test automation tool developed by Google for Android UI Tests. Espresso is open-source, very stable, and there are many frameworks have been developed around Espresso.

This is a basic implementation for Espresso. You can see source code, unit tests as well as UI tests. For more information about the implementation, please check this project. 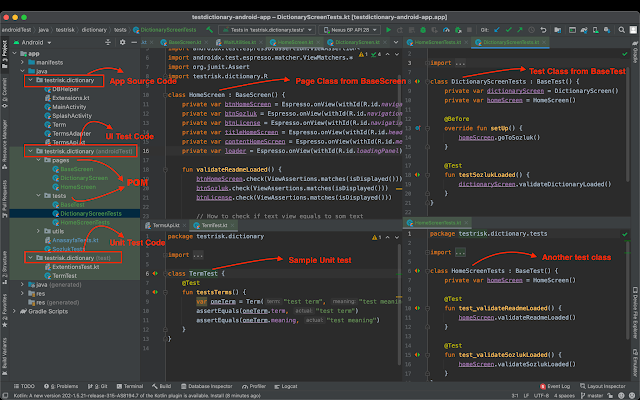 XCUITest stands for Xcode User Interface Testing and it is UI automation framework for iOS applications. XCUITest is developed on top of XCTest and Accessibility. It is launched by Apple in 2015. It supports all iOS functionality in terms of testing them by white-box testing techniques.
This is a basic implementation for XCUITest. Again you can see source code, unit tests as well as UI tests. For more detail about the implementation please check this project. 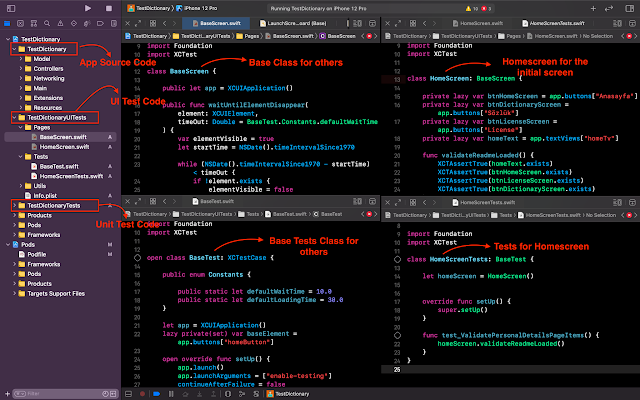 Native toolings are inside the projects so no need to worry about the use of external tool to get the related objects.

Android studio or the XCode comes with development experience so we use these experiences for the development of the test. Dependency management inside the projects IDEs allow us to write, run, debug the tests. Debugging for both android studio and XCode provides a great experience for real-time test writing. 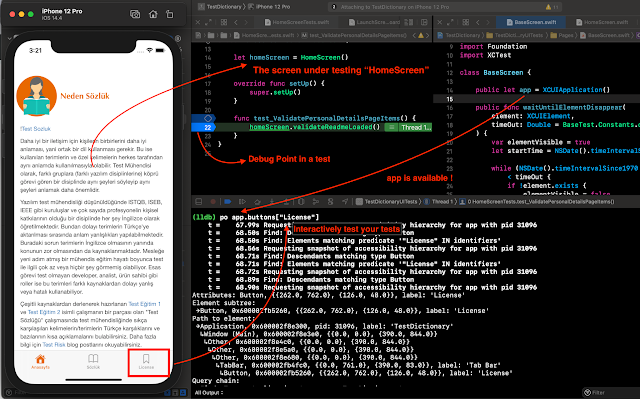 Performance is very important when you grow and have to handle hounderents tests. The main point for the performance is how much time your tests require for running them locally and in cloud services

A simple test to compare the performance of the tools shows that native toolings are always better than Appium. This was done by TestProject engineers, so for more detail, please read this post. 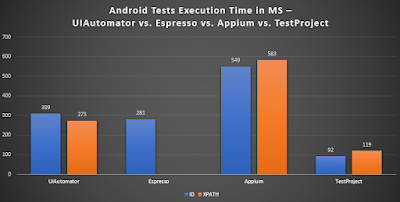 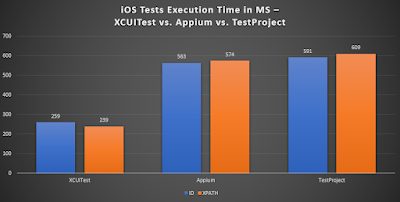 Better performance from an automation project can be only get when the developers and testers work cooperatively. Developers are always result-oriented people so they focus on the development of the features, but the QAs/SDETs must be keen on the quality. This quality not only the product quality but also the quality of the tests, process, and documentation. This can be achieved by cross-functional team building.