Scalable Tests for Responsive Web: Running Cucumber and Capybara with Tags in Dockers

By Mesut Güneş June 14, 2018
If you are using Capybara with Cucumber, tagging is a very efficient feature of the 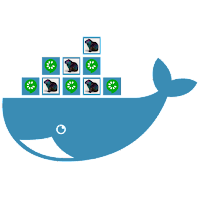 Moreover, with tagging, you can also make an isolation strategy for running your test in parallel. Each parallel suits should have its own data like users, active records, address, credit card info, and ext. I have used the tagging for running tests in dockers. In this post, you can find some practical way of running Capybara with Cucumber in Dockers.

I am using Ruby version 2.3 so in Dockerfile getting the image of FROM Ruby:2.3 which is the first layer of the image comes as a Debian os. Then installing required libraries with the RUN command. Changing the working directory with WORKDIR which we will use this path by mounting the project folder into the running Docker. COPY Gemfile to WORKDIR so we can RUN bundle install to install required gems. The last thing, we need to install Chromedriver and Chrome by RUN commands. These steps executed by the Dockerfile, check it below:

Running Capybara in a Docker

Running the Capybara with my image is pretty simple if you run it without docker, just try other options which most suited for your case.

the meaning of the parameters in the command as follows:

For debugging purposes you may need to run the test visually to see if everything happens as expected. For this purpose set the visibility of the driver as visible by selecting the one in the list of env.rb file. Therefore the following command simply runs the test via iPhone 6, vertical mode visible. You can also see the video for this run.

Docker run for a single tag with a single platform

You can run a feature for a single platform by defining the DRIVER option with the desired one. In the following run command we can run one feature file for the driver running on the desktop.

check the reports inside the ./html_report

Docker run for parallel execution of all tags with all platforms

When we run the run_smoke.sh, there is only two parallel run executed against the desktop version of chrome and iPhone 6 version of chrome with the vertical mode. Mobile for better experiences we both set the dimension of the mobile devices and the user-agent for mobile device operating system. However, there is still a technical problem that we don't run the test in real devices. Check the browser object in the env.rb.  You can run the run_full.sh in a dedicated environment, it just requires more resources than an ordinary machine.


In the end, it creates JSON report files in the ./report folder so that you can create nice HTML reports with cucumber-JVM report plugin for Jenkins. It includes screenshots on error and the logs of the browser.