First of all, I am appreciated to attend to an international conference on software testing. It is 7th international Testistanbul conference. There was good number of attendants from newly starters to over 30 years of experienced professionals. Most of the attendants were from Turkey thought there were some guys from abroad and some international companies to present their products. Testistanbul conference is important because it is definitely the most valuable conference on software testing in Turkey. It gives us opportunity to meet largest professional group and to share the knowledges in domestic market. The conference topics were as follows:


In the opening ceremony by Koray Yitmen, as in the title, continues integration is explained by an analogy with Formula One car racing. To be honest this small presentation is one of the most impressive part of the conference. The given example is "F1 car racing continues and as a whole racing team is supporting to finish race with a minimal out-of-service and without any breakdown" this is similar to role of development operations (dev-ops) in software development process as "software is a live object but as a team you are adding new features, fixing issues and updating some other parts" all these things is happening continuously by help of dev-ops culture. Pit-Stop in the F1 is like the deployment process in software development. The fastest pit-stop is under 2seconds, so why not deploying a feature to live be that fast. 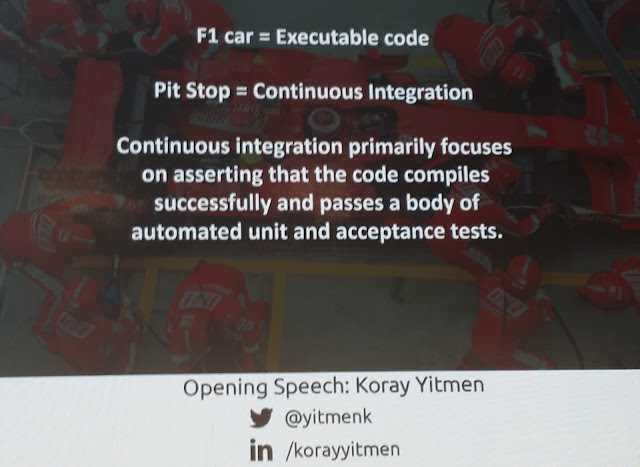 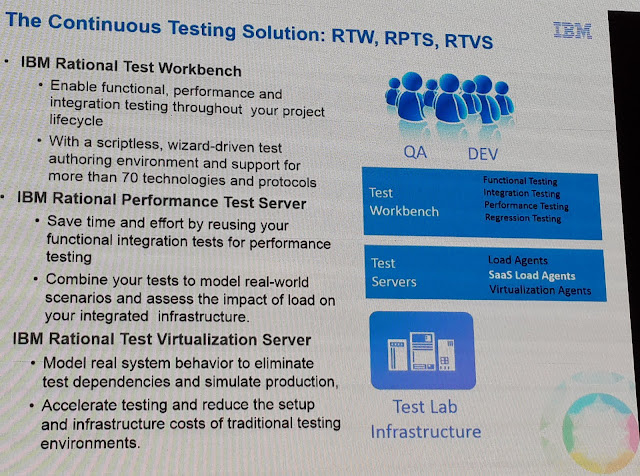 The third speech was given by Kristian Karl from Spotify. This speech was the best part of the conference for me. Kristian has much experience of almost my age, he is the creator of GraphWalker. The topic is concept and scope of test automation. Briefly, he said everything can be automated. In some team, there may be 2-3 QA engineers although there may not be any QA engineer in some teams. It depends on needs and project details. However, QA engineers can have a role of consultant to supports developers to achieve automation goals. I want to write a separate post because he explains lots of things with many good examples but you can find the most relevant pictures below: 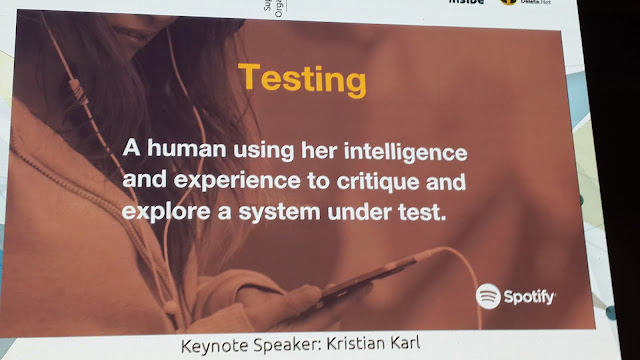 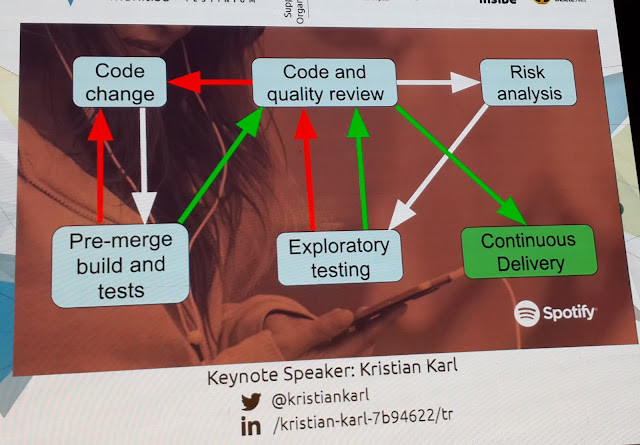 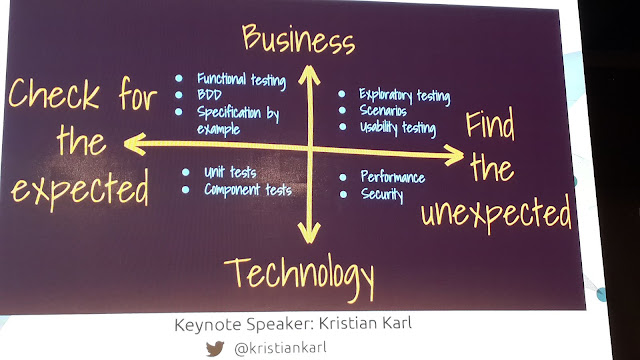 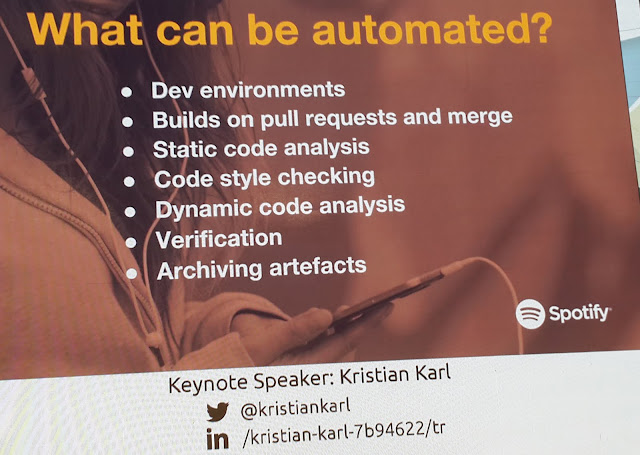 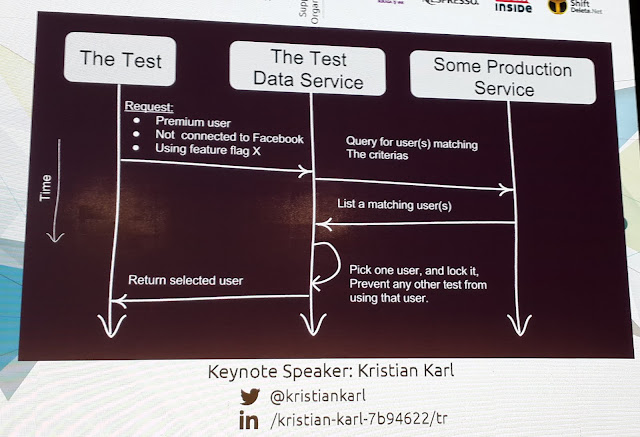 The rest of the conference, creater of Appium, Dan Cuellar gave speech about the history of Appium, actually there is not technical information given by Dan. Enterprise test data management by Rex Balck, former president of ISQTB, it was a long speech about test data management. The last speech topic is performance testing of big data but I didnt find much information about "performance testing of big data" it was related to big data definition and handling it. 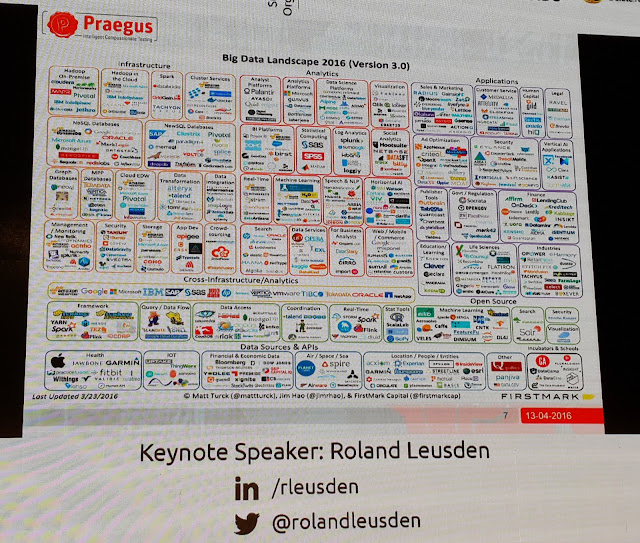 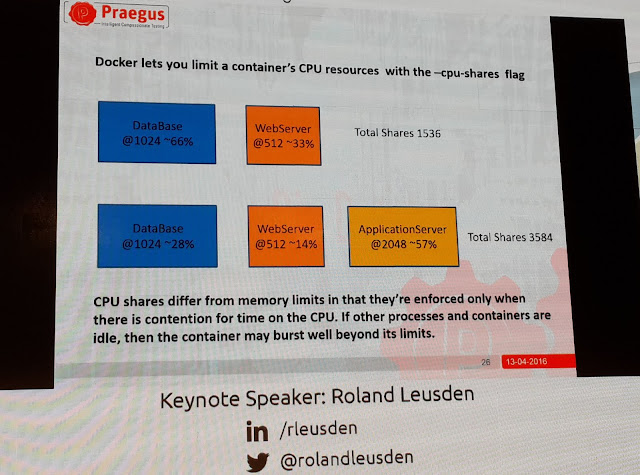 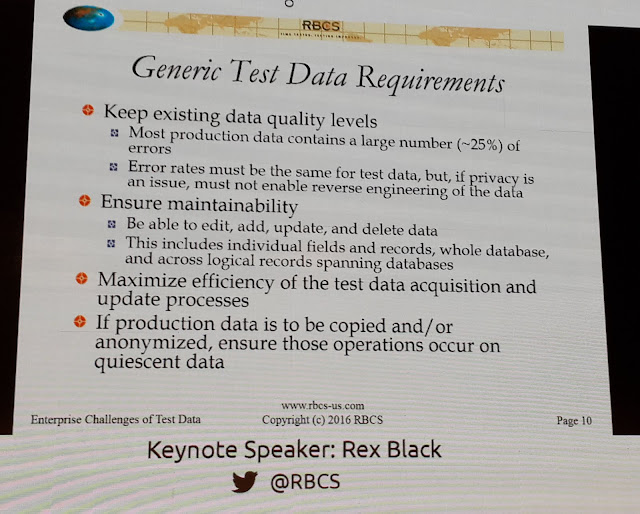 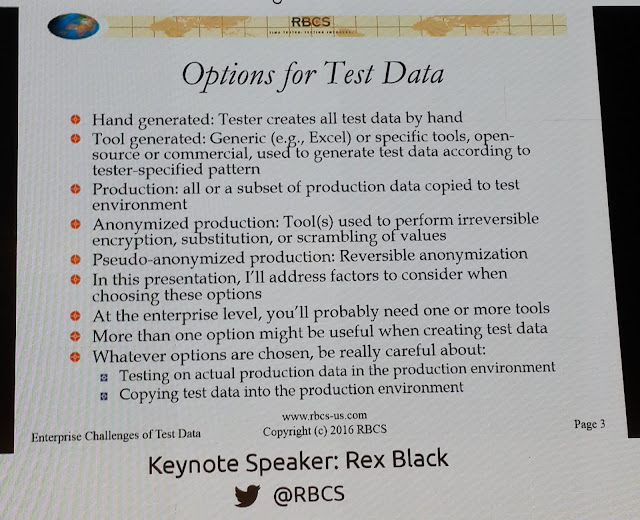